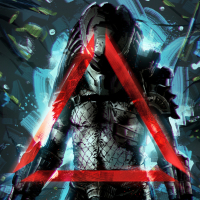 Do you remember that Predator VR game that made an appearance at IAAPA 2018, and then a trophy list for it appeared online? It's now got a product page on Steam, complete with a trailer (featuring the voice of Jake Busey, no less), screenshots and game information!

Predator VR drops you into the explosive action of the 1980’s blockbuster movie in the ultimate VR showdown between an overpowering Alien hunter and an elite soldier.

In the single player campaign, fight through intense action movie moments in a hunt through the jungles of Panama, and the claustrophobic maze of a Siberian secret base. Playing as an elite soldier, lead a squad of two NPCs and utilize an arsenal of deadly ballistics boasting the best of 1980s firepower including assault rifles, shotgun, .50 cal Desert Eagle and a chain gun to destroy The Predator.

As The Predator in Rampage Mode, hunt down your prey using advanced alien technology: thermal vision, cloaking, a plasmacaster cannon and blade gauntlets to impale enemies and rip out their spines.

In Multiplayer, get immersed in the hunt as a soldier or The Predator to find your target and take them down. Survival is up to you: will you be the hunter or the hunted?

The trailer features footage from the single player campaign which is narrated by The Predator's Jake Busey, the Rampage Mode which appears to be a skirmish or wave based mode in which you play as the Predator and split screen multiplayer. Like Predator: Hunting Grounds, Predator VR also seems to be playing heavily in the jungle and Mayan-style template aesthetics.

Based on the trophy list we previously shared, Predator VR is coming out on PlayStation VR in addition to the Valve Index, HTC Vive and the Occulus Rift on the PC. It's also unknown if Predator VR will appear in arcades as it originally seemed it would.

As we previously suggested, Predator VR was developed by Phosphor Studios and was to be published by FoxNext VR Studio. Following the recent news that Disney was apparently considering selling FoxNext, the future of this game and the Alien "persistent shooter" currently remains unknown. Predator VR's Steam page doesn't list a release date.

Alien vs. Predator Galaxy - The Pulse of the Online Alien & Predator Community
4