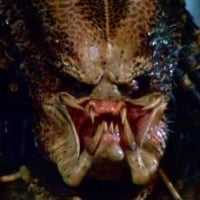 Blob_147 Elite☠️☠️☠️
April 2019 edited April 2019 in Predator Movies
I think Predators might be the most overlooked movie in the series. I loved that one, and would love to see it continued into a trilogy if possible. It kind of reminded me of Terminator Salvation, how there was a really cool new idea to take the series, and before we could see it continued, the next movie ended up taking on almost an entirey different story line.

It looks like the new Terminator coming out in November is once again going to be a movie that’ll ignore every movie after the second one and do it’s own thing.

I guess I’m just wondering what the fate of the Predator franchise is going to be. Is the entire series going to be scrapped in favor of a new reboot, or will we actually see a continuation of one of the storylines that’s been set up but put on the backburner? I want to see the new Predator Killer Suit, but I also want to know what’s going to happen with Royce and I feel like he needs another movie too.
6